As release date of Wizardthrone‘s debut album is approaching, we had the opportunity to ask some questions to their main composer and guitarist Mike Barber. 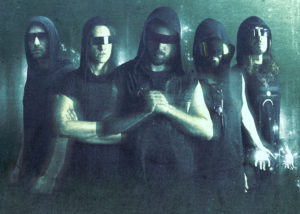 Hello Mike! Thank you for according us this interview! First of all could you please introduce yourself and introduce the band?

I’m a musician and songwriter from the UK, who’s played in various extreme metal bands over the past 13 years or so, and for the last 6 I’ve also been performing with Gloryhammer.

Wizardthrone is a new band that takes inspiration from various subgenres of heavy metal, from technical death metal, to black metal, to neoclassical power metal.

So it seems that the band formed during Covid-19 pandemic. Did the Covid-19 have any impact on the beginning of the project and on your personal lives? Could you tell us how the band started?

We actually formed maybe a couple of weeks before the pandemic really kicked off. I’d been discussing doing something with Chris for a while, and I’d approached Eric about taking up the position of drummer while we were on tour in early 2020. The songwriting process was definitely sped up without any distractions though! Personally it didn’t affect me much, other than of course having all shows cancelled, not being able to see friends or family etc.

Let’s talk about your debut album Hypercube Necrodimensions that will be released on 16th July via Napalm Records. How was the recording process? I’m asking this question, because band members are living in various places in the world (USA & Australia mostly). So I guess every band members recorded his stuff near his living place, right?

That’s right, Matt and I tracked our parts at our homes in UK and Sweden, and the others in the USA either did theirs at home or at a friend’s project studio. It was an odd process but we were strict with giving eachother clear feedback to ensure everything was at a proper standard. 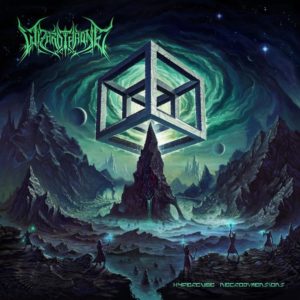 Who is writing songs in the band? I’ve heard that you’re one of the main composers, but do you compose with other band members? Do you also write lyrics?

I probably contributed the most (just about), but I was closely followed by Matt, then Jake, and then Chris. I wrote all of the lyrics to one song and contributed to most of the others, but Chris was largely responsible for the lyrical output and overall direction.

When I’ve heard your first songs, I was surprised by the fact that your lyrics are very complex. We know that you’re telling stories that are happening in space, into unknown places in the galaxy. But I’ve never read something like this before. It’s very interesting! Are you feeling passionate about space? Does your debut album have any concept story?

Not a concept per se, but the events that take place in the lyrics are mostly set in the same universe. Songs like Black Hole and the title track are totally unrelated to the others lyrically and even then, most of the others only very loosely link up, but we wanted to keep a cohesive theme throughout to add strength to the music. Space has always fascinated me and I know it’s a topic Chris is very keen on as well.

There’s no connection other than Chris and myself being affiliated with them. Musically Wizardthrone is really just an expression of all of the music we love – there’s a similarly creative streak when it comes to writing lyrics but yes, it’s more serious on a whole, although we do try and have fun to an extent too. 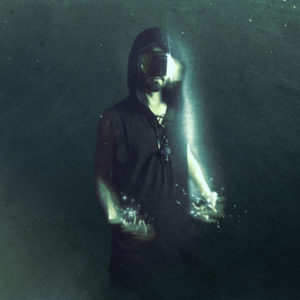 That isn’t the subject, but are you still playing keyboards for Gloryhammer?

Actually we just had the first rehearsal (sans Tom) for a very long time a couple of hours ago – I haven’t seen some of the guys since the end of our last tour, so that was great to catch up with them. We’re currently preparing for the return of live shows and collecting material for the next album.

Your first song “Frozen Winds of Thyraxia” was released thanks to an official video few months ago. It seems to be a stupid question, but did you shoot the video with all band members?

We had to shoot our parts in different places. Eric was in his basement, Chris and Jake at Chris’s property, Matt at his workplace, and mine was in an East London garage that was actually part of a famous rappers studio.

During the video, we’re seeing some mathematical formulas that are passes in a blink of an eye. Are they related to the lyrics of the song?

Not really – we were limited by what we could do with the footage we had and our director added it in to make the video more interesting. Some of the other songs on the album use mathematics heavily though.

I’ve noticed some influences from Wintersun. Is that correct? What other bands influenced you?

Frozen was certainly influenced by their debut, as well as the production style of the record. I must say though that I’ve lost a bit of interest in the band in recent years due to their odd antics. I hope they find their way back to just putting out great music.

When pandemic will be over, boundaries will be largely opened. Have you planned any worldwide tour? Will you come in France? What are the next plans for the band?

We’re talking with a booking agent at the moment to see what will be possible factoring in our schedules but the plan is definitely to play live. There seems to have been a huge interest coming from France, more so than anywhere else in fact, so it would make sense to play there!

If you are able to play a show on a planet from our solar system, which one would you like to choose? Why?

If it were possible to play a show on one of Saturn’s moons I’d jump at the opportunity, I imagine the view would be incredible!

Any last word before conclusion? 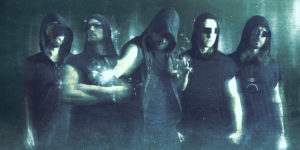 Thank you for your answers! Take care! 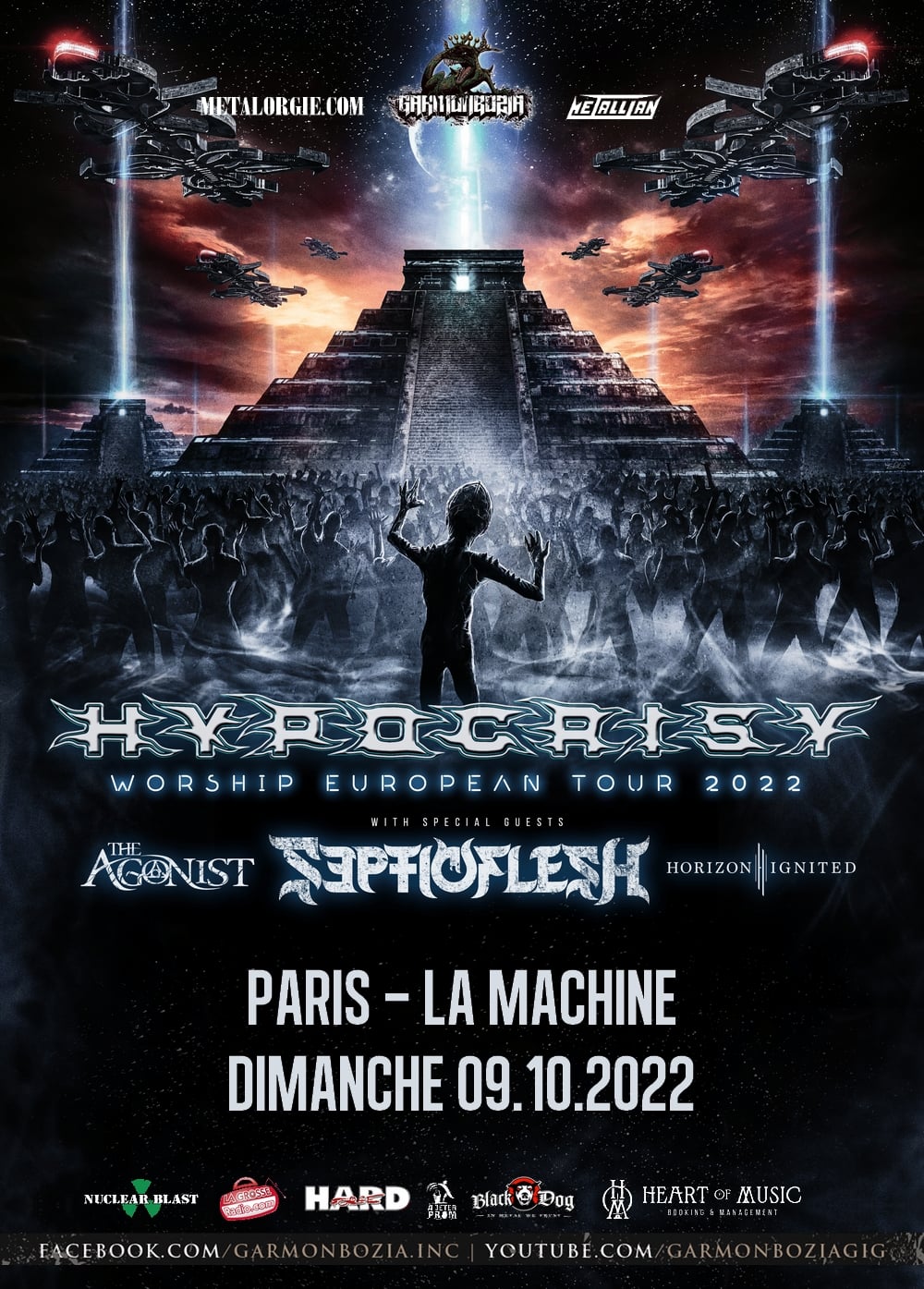 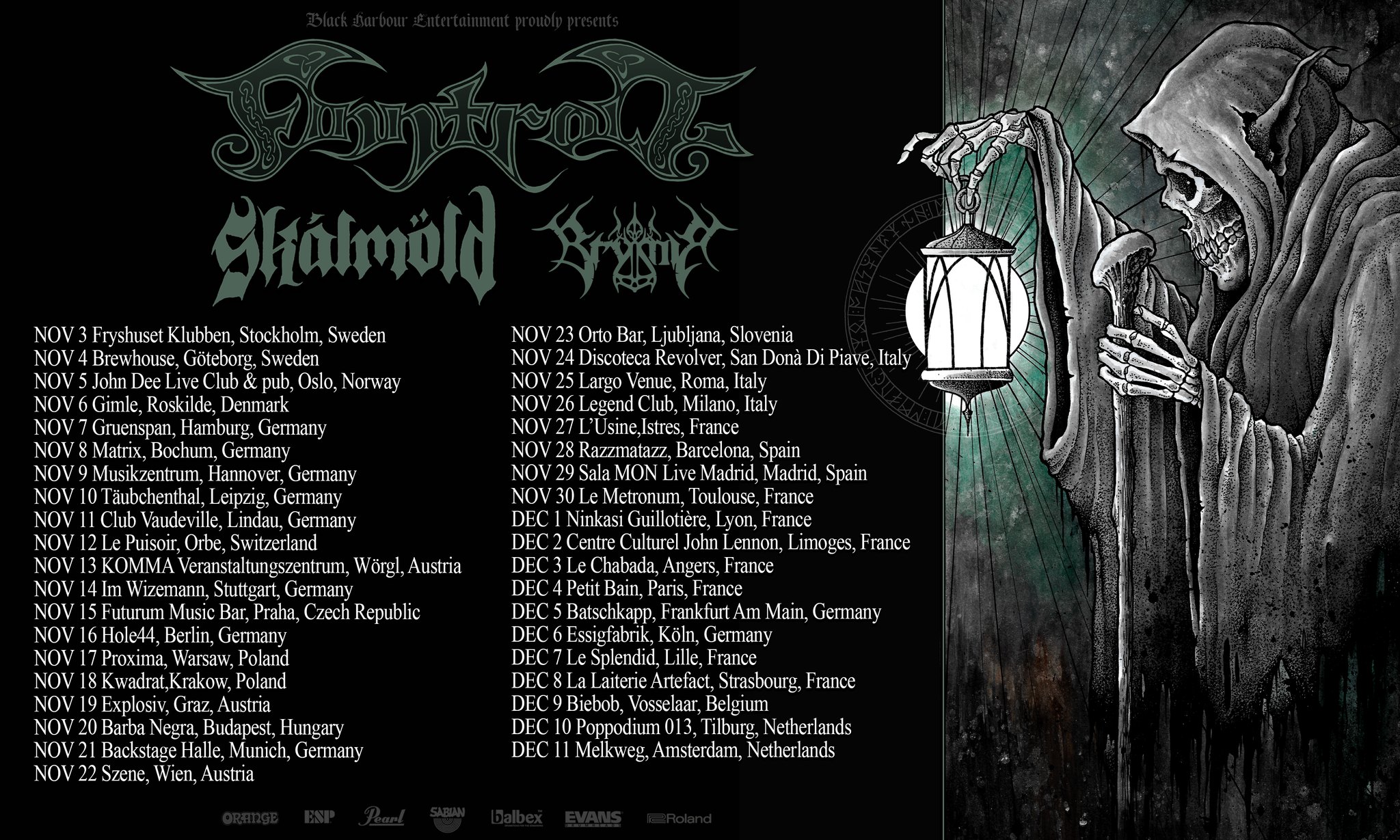 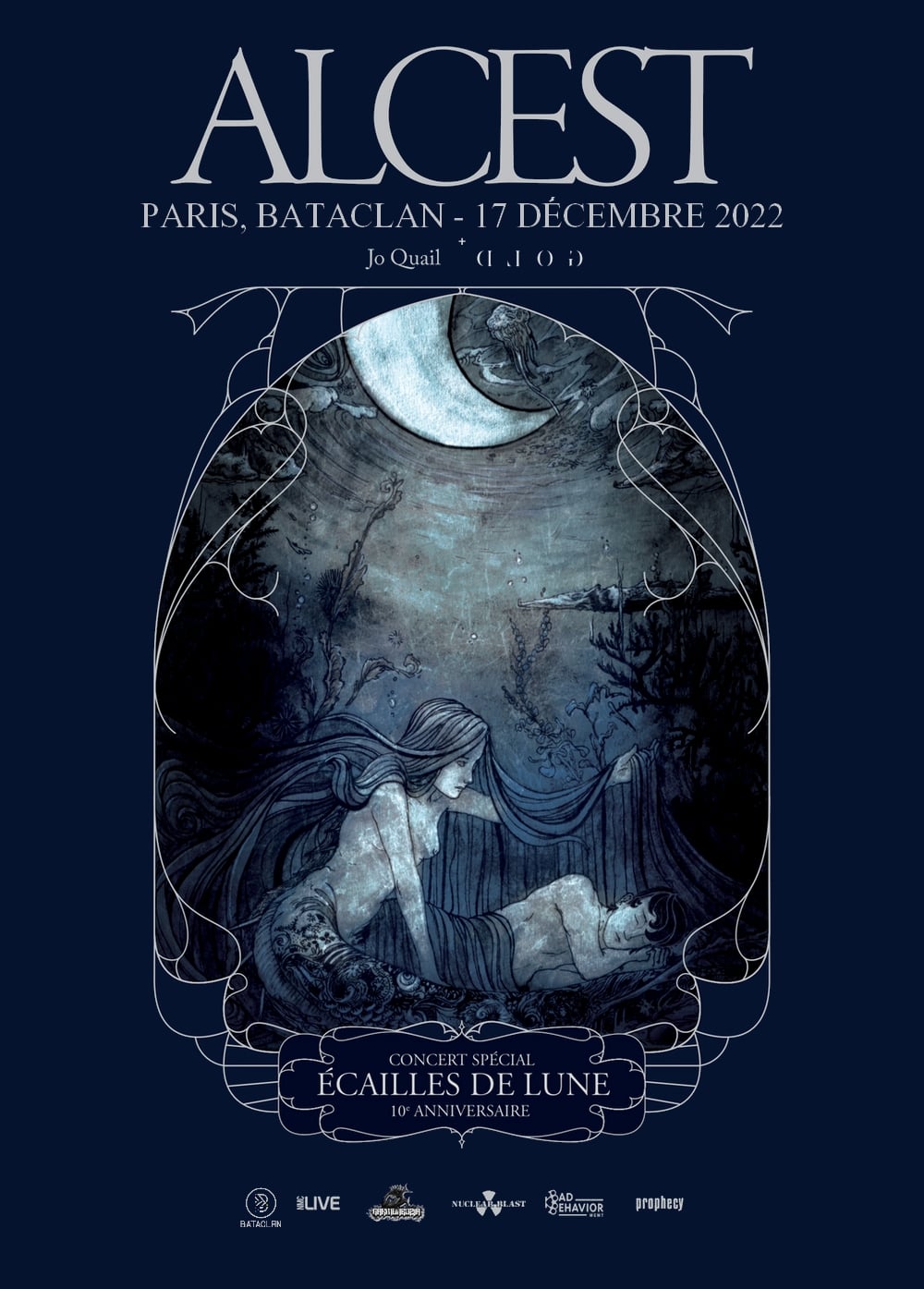 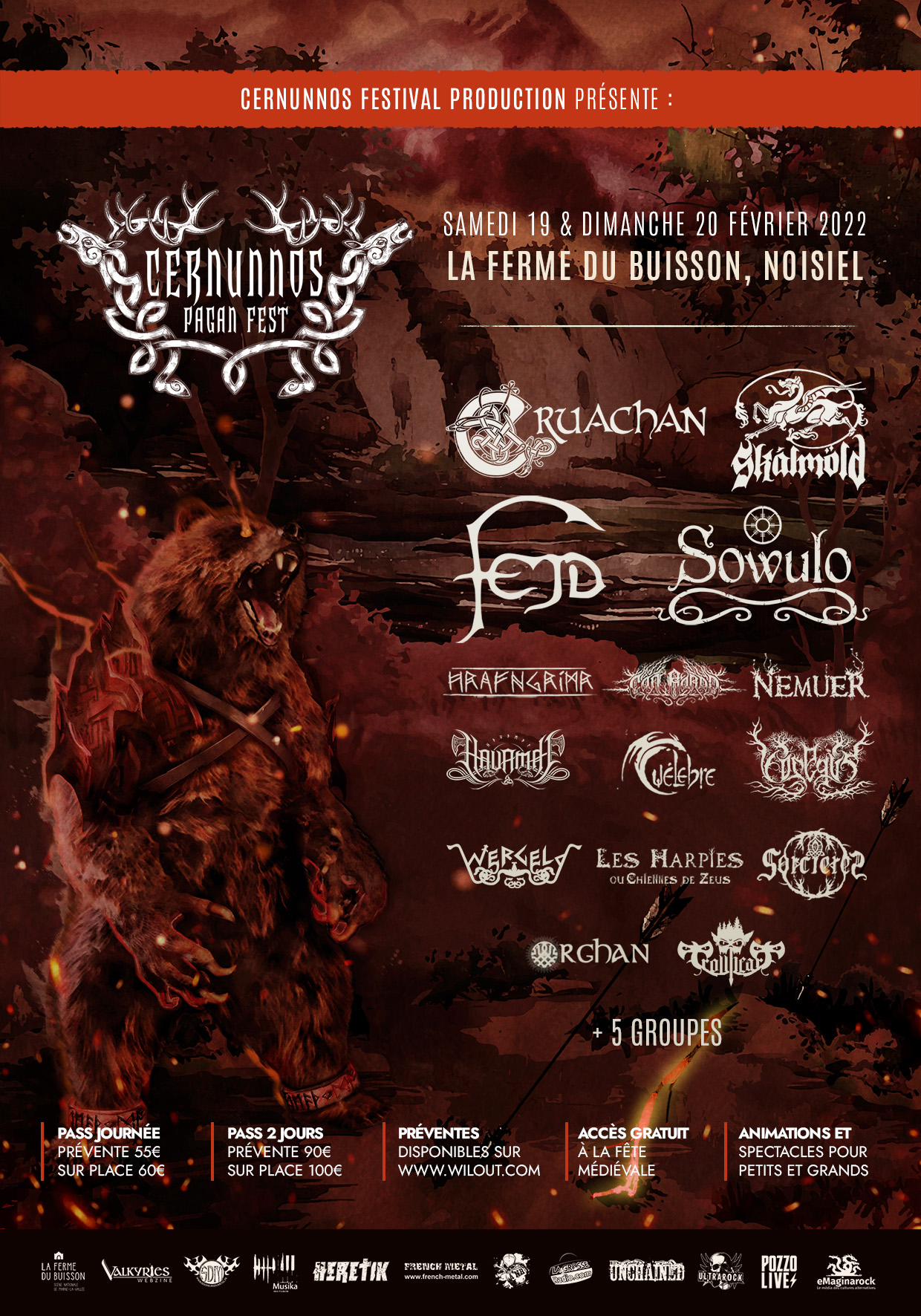 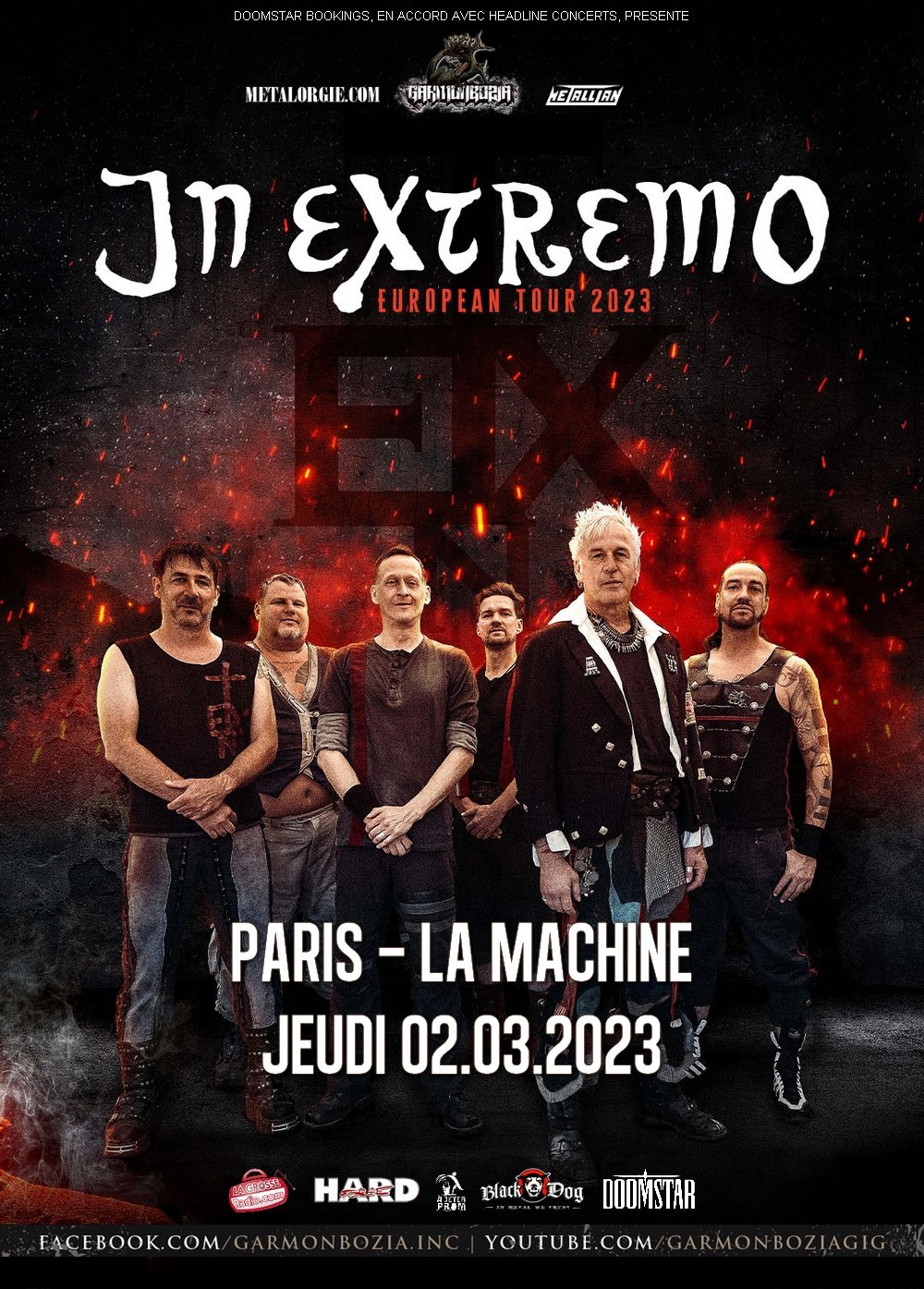