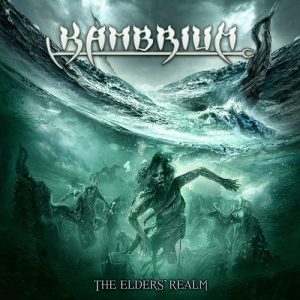 If the name Kambrium only means the geologic era to you, then read carefully the following review below because I’m going to talk about a band. More precisely an epic-death metal and german band, born 11 years ago at Helmstedt, which already release 1 EP and 2 albums, and a single (Shattered Illusions, released on the 17.06.2016) to promote their last album.

Let’s see track by track what it gives and make a short comparative with the other albums of the band.
Since the released of Shadowpath (2011) we can note a huge progress on the complexity of the riffs and tunes. Clear vocal begun more and more presents and imposes itself beside the growl vocal.
Concerning the length of the track, it doesn’t change: the band uses short ones (between 3 and 4 min.) and long ones ( more than 6 min.)

The first track of the album, Abyssal Stream, includes the introduction (which on the previous albums is a dedicated track). Clear and growl vocals are well balanced, mostly on the end where they’re both mixed. This song is one of my favorite due to this.

The second one, Through shades and despair, tightly connected to the first song because of the transition is really a death metal song, with black metal elements on. There’s a bit of clear vocal, but we forget it quickly, because of the growl choir that follows and leads all the song.

Conjure the lost, the third track, is one of my favorite too. The band worked hard on, to give it an egyptian tune, and they add a latin part (Shetan’s summoning).

The self-titled song, Elders’ realm, welcomes a guest on: Thomas Winkler from Gloryhammer ! Unlike we can think it, clear vocal doesn’t dominate: it goes with growl.

I’m arriving on the fifth track of the album which one was presented as the single. That’s not a discover for me because I could listen to it as many times I wanted since more than 1 month now. Shattered Illusions is to my mind the track which represent the most Kambrium: melodic, death and… metal ! All the energy is here. The nervous introduction following by the growl vocal on the couplet then the clear vocal on the refrain (a really good one that we can easily sing), and the perfect harmony between keyboard and guitar.

The ambient of Colossus of the sea looks like a Lovecraftian one: during the very first seconds of this track, we can hear the colossus growling… this is why I love this track. Another detail: this song doesn’t have any clear vocal.

The seventh track Reckoning of the great gives a great emphasis to the clear vocals despite the growling introduction. This track is great by its epic dimension due to the guitar solo at its half.

Season of the sea witch is the eighth song of the album and it’s different from the other ones because it remembers the style of the previous album Dark Reveries (2013). As Shattered Illusions it’s an energetic track with clear and growl vocals and even a guitar-keyboard solo (like in the previous album)! The song was on youtube months ago as a demo song.

Oh, Kambrium wrote a ballad? Well, that’s what I thought, during the 10 first seconds of the ninth song, Layer of Spores. Then maybe they had some remorse because the following is totally different. Another of my favorite tracks because of the unexpected turn of the song which makes it unpredictable.

Finally I’m at the end of the album with the last track Furious decay of a dying world which is… 12 minutes length! Ok this is a really technical achievement because we can find inside the song some black metal elements, death metal ones, a guitar solo, some short breaks before going back louder and harder (and ok no latin and no clear vocals this time). For a track of such a length the trap was to stay on the same melody all the way but it’s not the case here and that’s a good point. 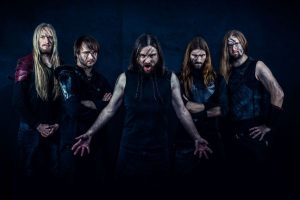 After 62 min of carefull listening let’s resume what are the characteristics of this album: