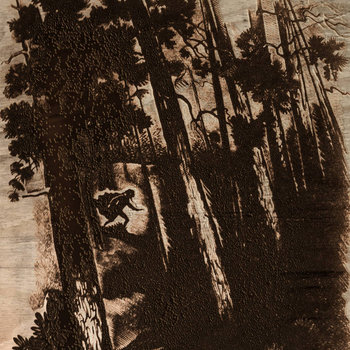 W.: From the beginning we felt there is a certain sense of journey in our music, a wandering without end driven by some sort of nostalgia, longing that cannot be described. The figure of a strange Wanderer manifested to us as a cloaked, hooded silhouette passing through sleeping lands in search for unknown. Like a wind, Wanderer journeys from horizon to horizon, without end, sometimes bringing misery and fright, always uninvited and unwanted, forever in exile. This is sort of a romantic concept, partially based on folklore tales about wind. There is no special ideology in this, but this Wanderer is a sort of a linchpin to the stories we tell.

W.: Yes. But things go slowly for us also because we live away from each other and have an odd way of making compositions. End of 2019 is an optimistic scenario.

R: There are lot of things to do and we start literally from the scratch, we also decided to implement some new aspects and modify overall sound, etc. while the main goal is to keep the spirit of Wędrujący Wiatr as it is, despite those changes. To be honest, the most difficult thing to do is not to repeat yourself – to remain yourself while making one step further. End of 2019 is possible scenario, but I wouldn’t be surprised with as far as 2020.While it may sound strange we need that much time to compose an album, we just do not want to record anything that wouldn’t contain this pure spirit of ours.

W.: Lets settle for a single statement that things didn’t went exactly as we planned but this is still an open topic.

W.: Definitely the latter. I can’t even imagine taking those songs to the stage. I played my share of concerts in the past and learned that this is not for me. Also, there are bands that work well on stage and there are those whose music is dedicated specifically for a single listener to embark on a journey with their music home, alone. I sometimes attend gigs but mostly listen to stuff the way I mentioned and there are bands who make great atmospheric music and ruin it with trying to tour with it. I won’t mention names but I have experienced it myself.

W.: With all respect to them.. I can’t recall how they sound. I am not a fan of such tributes and to be honest I listened to the whole maybe once…, still I think it was worth the effort. I just prefer the original and see little point in listening to 2 hours of covers. To me such albums are more like a real tribute, an artifact for celebrating someone’s greatness and influence, but not necessarily are the masterpiece on their own to be enjoyed. More of a symbol. Also can’t say Summoning is a “major band” for us but they surely gave us fair share of inspiration through their music. Of course I am glad we had an opportunity to participate in this such a great project and I recall working on our version of their song as a pure pleasure. Still making covers is more fun than actually listening to them, for me at least.

W.: The question should be: why others didn’t? I can’t see any rational reason for singing or writing songs in foreign language when I can do it in my own. Also this way we gave sort of a new meaning to the song, as lyrics were not simply translated but to some extent modified to fit the concept. Simply reproducing the original would not satisfy us.

W.: I like all of them with an exception of “Lugburz” and “Dol Guldur” that I tend to listen rather rarely. It depends on the mood I guess. Newer works also work well for me.

R: Like my comrade said it depends on the mood – there are periods when I don’t listen to this band at all for half a year; and then, suddenly, I can listen to whole discography for a few weeks in a row. Personally, the album I like the most is Stronghold.

W.: Folklore, nature, naïve peasant romanticism, the bond between man and surrounding world expressed through primordial culture… emotions towards those topics and mysticism and metaphysics behind them. Also some XIXth century literature and art dedicated to aforementioned topics. Musically I listen to much stuff but if it inspires me in any way it does so subconsciously, I never felt being directly urged to do something under the influence on the works of others. But perhaps some metal and nonmetal music influences us in this or another way (in my case I’d say the latter).

R: I’m doing all layouts by myself. In most cases I work on my own photographs. On the cover of 2nd WW’s album there is a heavily edited woodcut from the Melchior Wańkowicz’s book « Na tropach smętka ». Some illustrations in booklet were drawn by my pal.

W.: When I was a child, my mother used to tell me a bedtime story about the fern flower and a boy who became rich by finding it. This one apparently had some influence on me since this is the only I remembered in details. Can’t say if I have any specific favorite tale. There are thousands of them and their atmosphere differ by region. Many of them bear elements from prechristian mythology of our lands. The overall atmosphere of folk tales speaks directly to my soul, since they try to give an ordinary world a deeper meaning and make it richer. Or they just describe that which is no more visible to us, moderns.

R: There is a lot of polish legends I love and it’s impossible to say which one is my favourite right now, but personally my favourites are those focusing on spirits, apparitions, something invisible to human eyes. I really like the legend about nobleman Twardowski, the one who made a deal with the devil and tried to escape its consequences. But that’s just one example.

W.: It depends on the region and whether we are talking about rural or urban areas, but generally I’d say yes. In the countryside this attachement perhaps is stronger, especially in the areas that always have had strong and distinctive identity, for example Tatra mountains (“górale” – highlanders), Śląsk (Silesia), Podlasie (Podlachia) and Lubelszczyzna (Lublin Voivodeship) or Podkarpacie (Subcarpathia). Of course this is sort of a simplified view, since even each of this regions contains many sub-regions with sub-identities, etc. In the urban areas across Poland people tend to follow some simple traditions mostly associated with folk understanding of Christian rites, and so we still pour water on each other on Easter Monday or adorn the tree and sing carols on Christmas, perform traditional processions on Corpus Christi or Epiphany and prepare wheat wreaths on Dożynki (Harvest festival) etc. Children still often go and drown Marzanna effigy on the first day of Spring and in some regions we have customs of people disgusing as monsters and stalking people or simply marching through towns – so called Dziady Żywieckie (from Żywiec area) or Śmigustne (Springtime). Those traditions are countless and some are very common, some regional and some almost forgotten or only symbolically mentioned. Perhaps most noticeable is the custom of burning candles on the graves of our relatives on 1-2 November (All Saints and Zaduszki, literally the day of prayers for the souls). Enormous crowds embark on pilgrimages from all around the country, often going great lengths just to lit a candle on a grave that is far away from where they live. Cemeteries are all illuminated at night. This topic is a bottomless well.

W.: “Na Łańskam Jyziorze” was written in a language that was stylized to sound like Warmian dialect. I say “stylized” since we have perhaps made many mistakes so I would not take for granted that all is correct, yet I think it has done its job in bringing up certain atmosphere. Lyrics are based on Warmian tale so the appropriate language was needed to fit the style. Also, some other songs have elements of highlander dialect. I myself understand the Warmian dialect and know some of its rules and words, but nowadays almost nobody uses it – mostly because the people of this region has mostly been replaced after the end of World War II and new settlers spoke standard Polish. But in other parts of Poland regional dialects are fairly alive, especially in Silesia, Kashubia or mentioned Tatras.
R: Last track « U stóp śniącego króla Tatr » was written mainly in highlander dialect and it is still very much alive among highlanders, sounding through mountainous villages, often used even by young people – what I find beautiful.

W.: We have never really thought about that. I follow some of those YT channels with atmospoheric black metal. Every now and then I discover something nice, but very seldom something that would take my breath away so to speak. We had certain idea, that idea has developed into something more and we never really looked upon other bands nor did we compare ourselves with them. I guess we might be more “rural”, more “rooted” and “local” than many of them. Spice of our culture and traditions may seem “exotic” to the westerners and might make proud some of our compatriots. Actually I don’t know how to answer this question. One thing I can say for certain that the consequence of that explosion you mention is a downgrade in distinctiveness among those bands. Now it is easier to make music than ever before and you can do well-sounding music without a pinch of any idea for it, not to mention any originality or identity.

R: There is only one simple reason for a « big-bang » of atmospheric bm bands – because nowadays you do not need advanced skills to create music of this kind. To be honest I’m really tired of this kind music because almost everything sounds really the same for me. I will not say anything about our music, because it’s not my task – I prefer to hear opinions from other people. We are doing what we feel – that’s it, enough said.

W.: For me Polish black metal scene is mostly dead. Can’t really recommend anything new, but good old Polish Black metal from the 90’s is out there for discovering – bands such as Veles, Ohtar, (old) Arkona, Mysteries, Werewolf, LSSAH, Kataxu, Infernum, Fullmoon… To name some of those better known and there is much to discover. I guess there are of course some good underground projects alive, but nothing really comes to my mind. Check our comrades from Rivers like veins. Biały viteź is good too.

R: I prefer old bands, like my comrade. There is only one active Black Metal band from Poland that I love and it’s Cultes Des Ghoules – one of several bands where I can feel the presence of something really disturbing.

W.: Thanks for the interview and support. 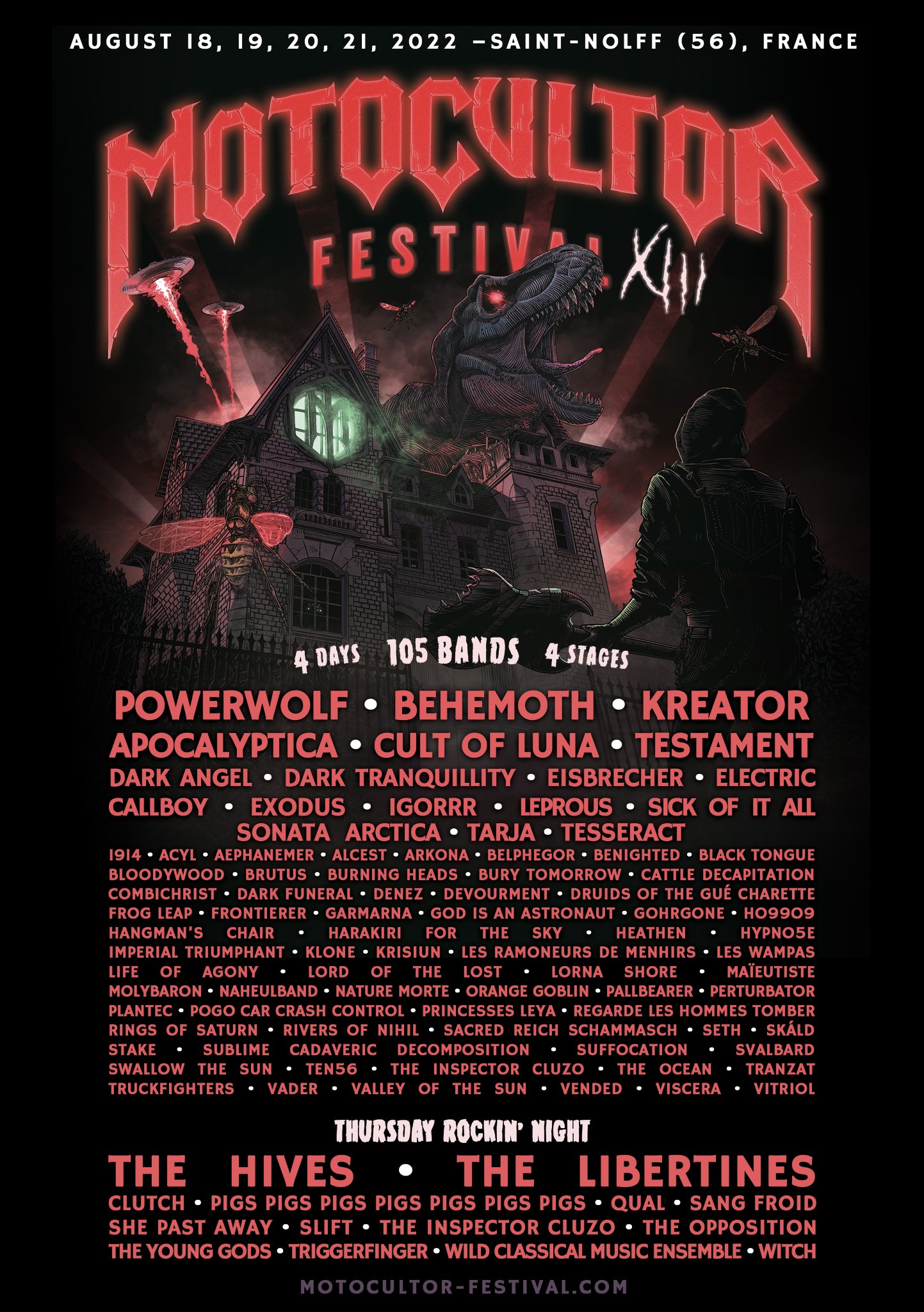