It’s Motocultor Festival time ! The bands, the friends, the beers… And also some bands we wanted to meet. So we didn’t hesitate to go meet Dalriada, taking advantage of one of their very few appearances in France to discuss with them. 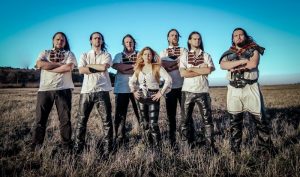 We are a Hungarian folk metal band, we have been making music for at least 15 years, but András, our singer, songwriter, and guitarist would say 18 years because he started to play music before the band. But the band itself formed in the early 2,000s, that was the first stable lineup. We play Hungarian folk metal, that is to say metal with Hungarian folk songs, folk melodies with lyrics about Hungarian History, legends, myths from the Carpathian Basin, with authentic instruments. For example, Adam here plays the flute and the Hungarian bagpipe.

All kinds of wars, battles, and the tragedies, because unfortunately the Hungarian History is very beautiful but very sad and depressing as well since there were many many dangers and occupations by the Turkish, by the Habsburgs, and on and on and on. It was a war hitten country for centuries.

We have a song shortly called « Saltarello ». It is about a great Hungarian victory from the mid Xvth century. The occasion was that the Turkish army invaded the Carpathian Basin, and there was a last stand. A last castle called Nándorfehérvár. Finally the Hungarian army could stop the invasion, and there were several Hungarian figures who joined the fight there. We are going to play that song tonight !

She has quite the voice to do it. But we did the growls earlier as well, but she didn’t do it, we did.

No. We have been playing in France I think two times back in 2012, on a European-wide tour with Arkona. We played in Lyon, and not too far from Marseille but I can’t remember the name.

From the shows we have only positive thoughts and experiences. You know you can’t really say there’s a country where you don’t like to go. It’s always a pleasure to play abroad, it’s always a pleasure to play in a new country to us. And it’s also good to come back to a country where we have already been playing because the people got to know our music, they started to listen to it, buying our records and stuff. Playing music like this, in an active band, is of course about music, but also about travelling a lot and getting to know new countries and new people.

Exactly ! New traditions also. I can say for both of us that we love to travel. We see different cultures, a lot of places that are beautiful… I really like the landscape of Brittany ! Actually, two years ago I think I played with another traditionnal Hungarian band (not Dalriada) in Rouen which was beautiful.

We hope so ! Even if it’s gonna be late. [The band had some trouble coming to the festival. They were originally supposed to play at 6:30PM, they were moved to 1:00AM] We will give our best I can guarantee you that !

Yes. To be specific, when we first formed Dalriada, we were called that way. But then we learned there was another Australian band that had the same name….

Indeed, like the other end of the world.And we thought there could be some juristical issues, but after a couple of years, we just thought « oh fuck it then ». Since then, nobody cares. The word itself « Dalriada » is quite difficult to recognize, to understand, so « Echoes of Dalriada »… It’s a lot easier that way.

Actually, we were talking about it, but more in funny ways, we weren’t thinking honestly about joining the Eurovision contest. Especially because the song we had in mind for the contest, since it was half a Hungarian folk song, and half a metal song, that wouldn’t suit the contest because you can only join it with your own songs. That would have disqualified us from the beginning.

Yes, we have some gigs in Germany, in Russia…

No, not this time.

[Laughs] We can’t say yet with which bands, but you’ll know. Some gigs in Hungary as well.

Yes. This is a quite old idea of us, we want to do a live DVD and we even had some experiments, we tried to record some shows, but there was always something wrong. Either the sound quality wasn’t good enough, or it was the visual quality. But in one or two years lets say, I think there will be a live DVD. We want to make it special.

It’s not a real album, right it’s more a compilation. It’s kind of a best of but with a new approach. We always wanted to do an acoustic album. We wanted to try ourselves out in the acoustic world since we had some acoustic gigs in the last couple of years.

Well, we are already working on some new songs but we can’t say anything specific about it yet. But don’t worry, sooner or later it’s gonna be a new album ! And unless we loose our legs and arms, we will be touring.

Interview made by Thrall and Morrigan. Huge thanks to Karine and the whole Motocultor team for their welcoming, and many thanks to the band for accepting to talk with them in spite of the conditions. 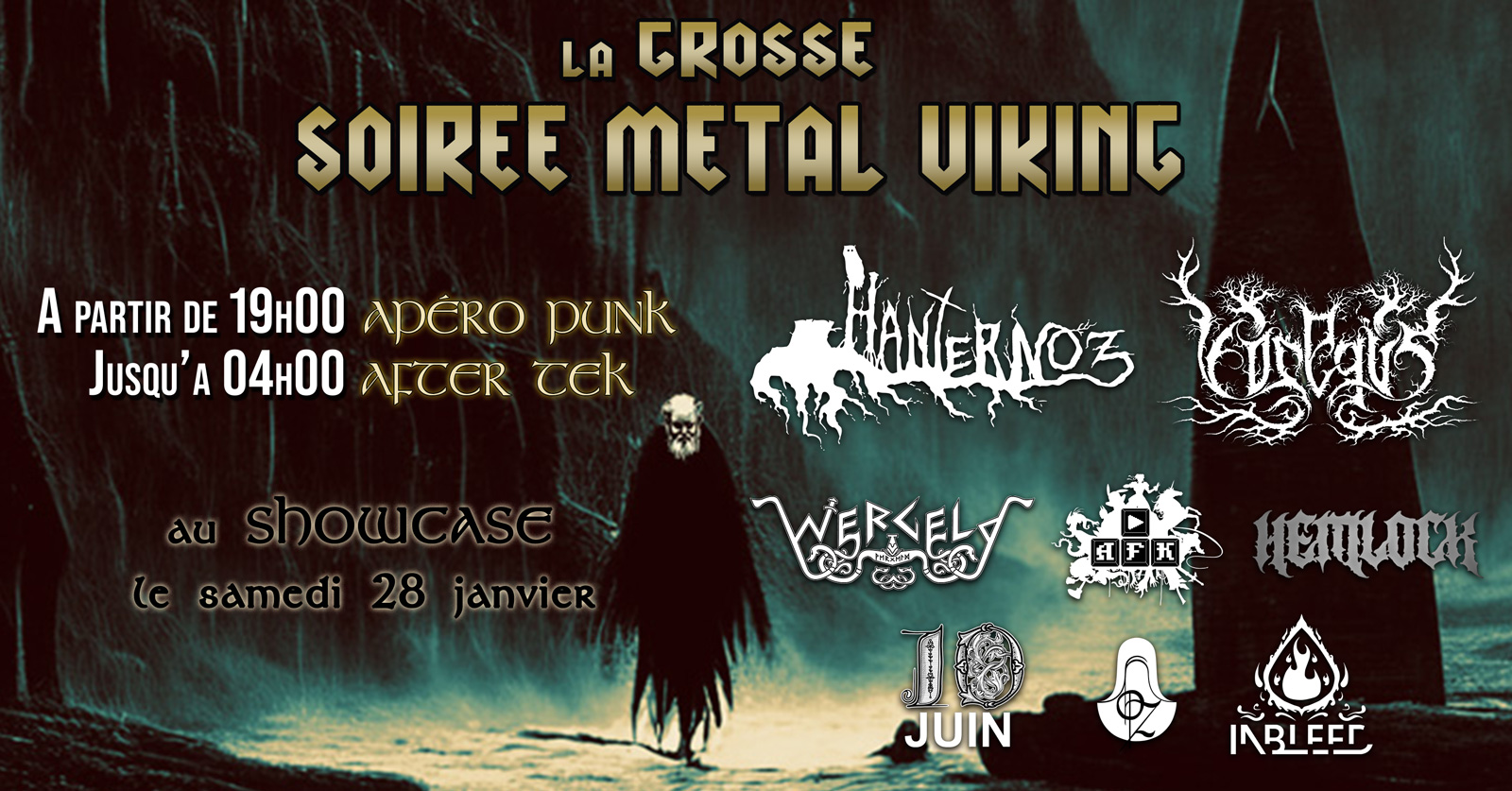